The diagrams and patterned paper for this cross are now available for purchase and download (for only $2.30) on the OrigamiUSA website.  I call this one “Cross variation 2” because it’s the two of several crosses I designed using the same base. The file includes 5 pages of diagrams and one page with Gothic-inspired patterned paper you can print, trim to a square, and fold (as seen in the photo). It also includes two slightly different versions of this cross: one is slightly easier, but the other looks somewhat neater. (The one in the photo above is the neater but harder version.) Instructions are included in English and Spanish.

Click here to go to the product page on the OrigamiUSA store (“The Source”)! 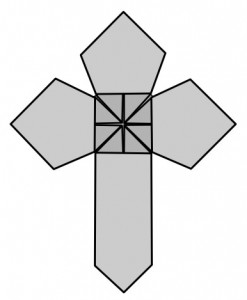 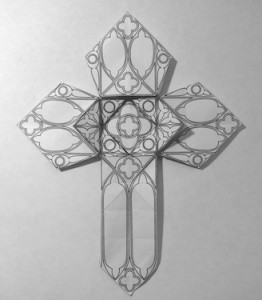 Now available for purchase and download (for $2) from the OrigamiUSA web store is a file with diagrams for one of three origami cross designs I taught at the OrigamiUSA convention in the summer of 2014. The file includes 6 pages of diagrams and one page with Gothic-style patterned paper you can print and cut out to fold this cross. Included in the diagrams are two main variations regarding the shape of the arms of the cross, and other suggestions for how to personalize the design with other alterations. The text instructions are provided in English and Spanish.

I hope to upload two more cross designs soon; this is the simplest of the three (hence the title, “variation 1”).

Click here to go to the product page on the OrigamiUSA store (“The Source”)!

The two main activities that I offer through Servimatices International are translations and origami.  At the end of June, I had the opportunity to do both at the same time!

Whenever I can, I participate in OrigamiUSA’s annual convention, which is held in Manhattan.  The event – which this year had more than 650 active participants (not including adults who were accompanying children) – includes classes, competitions, an exhibit (of extraordinary quality), and many opportunities to spend time and share origami with origami folders from all over the world.  The special guests this year were evidence of the internationality of the event.  One was  Isa Klein, a Brazilian origami artist known especially for her modular designs and for her instructional videos; the other was  Nick Robinson, origami teacher and prolific author of origami books, from the United Kingdom.

Words are not strictly necessary in order to share origami; it’s a very visual and tactile art, and there is a more or less uniform international system of symbols used in written diagrams.  However, verbal communication does help, especially in classes with more than two or three people where not everyone can see up close what the teacher is doing.  So this year, I decided to respond to the official petition for volunteer translators to interpret classes by teachers who don’t speak English.

There were already two translators for Portuguese to English, so I didn’t have the pleasure of translating a class for Isa Klein, although I did get to have some nice conversations with her;  as is usually the case, she is not only a talented origami artist, but also a very nice person.  However, they needed someone to help with Spanish, so I ended up translating (technically, doing consecutive interpreting) for a class taught by Diego Becerra. Diego teaches origami at the University of St. Thomas in Bucaramanga, Colombia.  Although he is mostly known for his (amazing) insect designs, the model he taught in the class I translated was a dragon.  It was the first time in a few years that I have done real-time interpreting, but there weren’t any problems; on the contrary, it was  great experience which I hope to repeat on other occasions! After all, I got to learn a new origami model and translate at the same time – what more could I ask for?

Here is a photo of the origami that Diego Becerra had in the exhibition, including several examples of the dragon that he taught in the class I translated:

I loved his idea of using Lego® to build bases for his models!  The colors of the bases are the colors of the Colombian flag; don’t forget, this was during the World Cup… 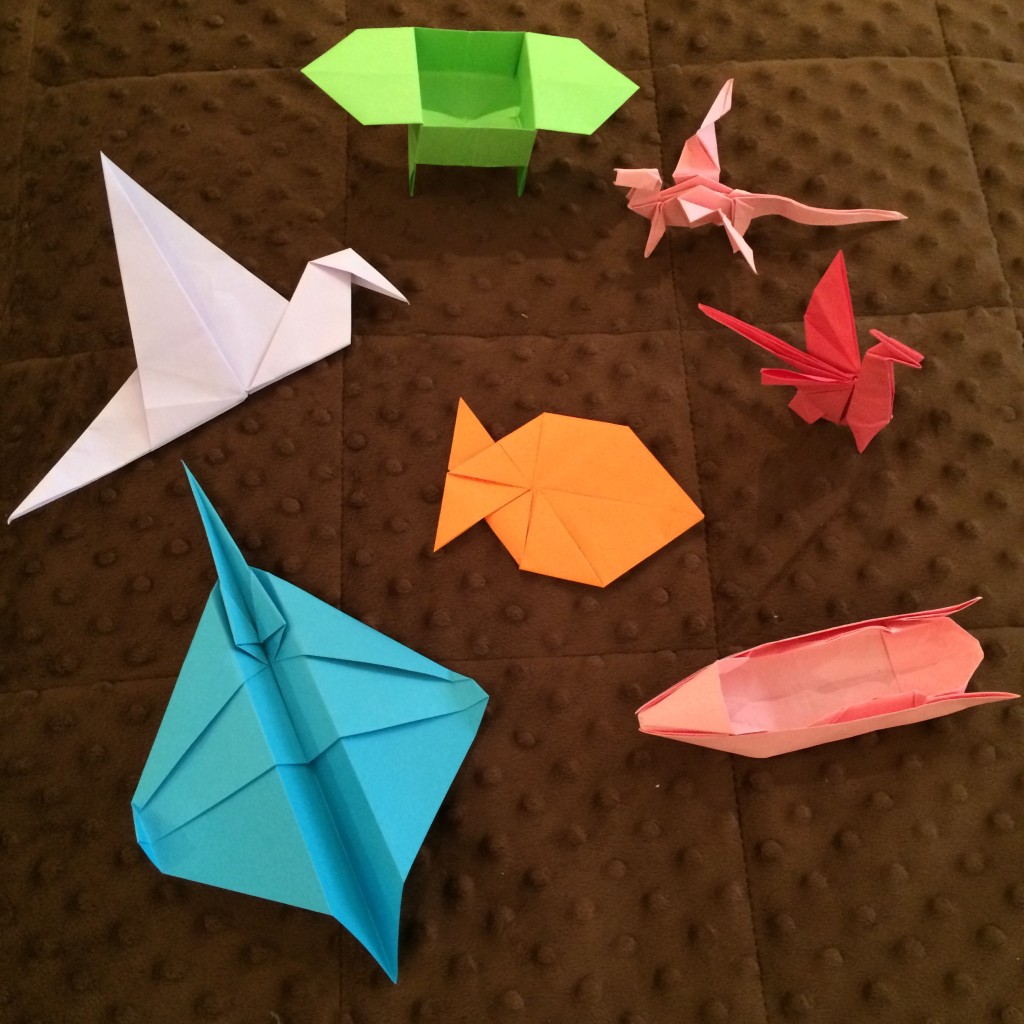 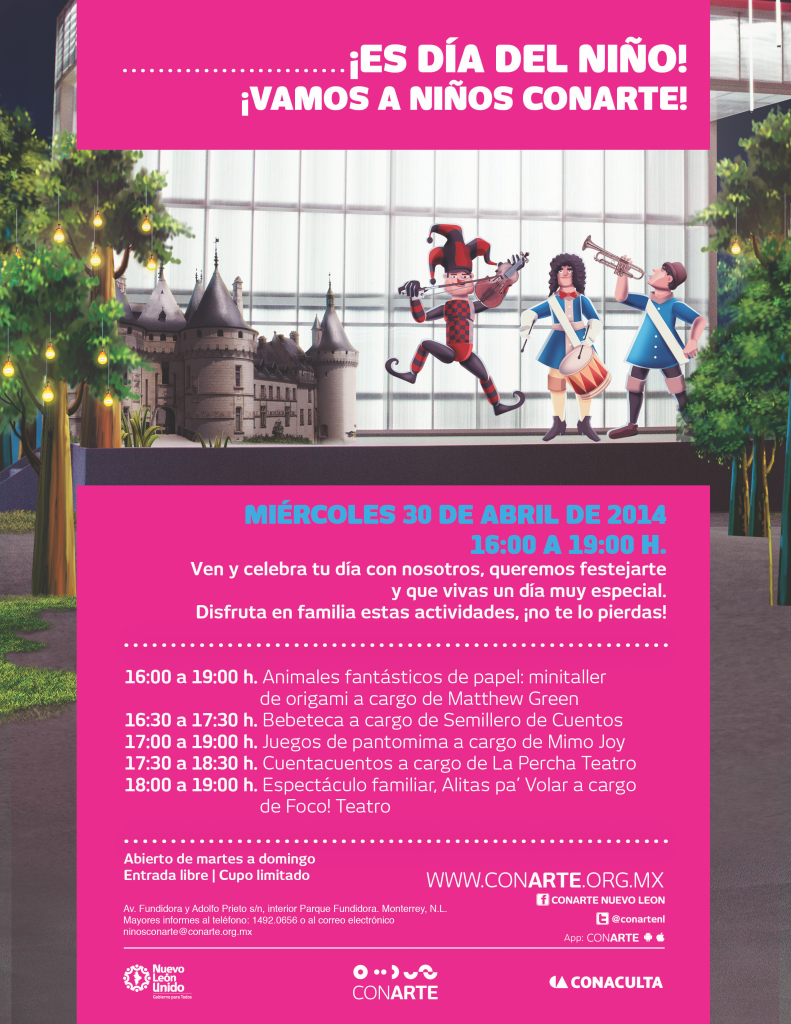